You might not ever have thought about it, but just as cultural differences, UX-design can differ in different countries as well. What is different about Chinese vs European website UX-design and why does it matter to choose the right UX-design? We will discuss the differences, similarities, and handy tips in this article.

Are there substantial differences between Chinese and European website UX design? What are the similarities, if any?

Knowing the answers to those questions might be essential, especially if having a laser-sharp audience targeting in each region plays a crucial role in your B2B business’ success. Good UX (user experience) is a proven factor in customer engagement, which eventually leads to more sales and conversions.

In this article, we will share a breakdown of differences and similarities in UX design between the two cultures, how they came into play, and why they matter for your intended website visitors.

First, let’s do a quick overview of some of the regions’ most-visited websites. Looking at how those websites are designed and presented, the UX design distinctions are easily noticeable.

Compare that to Amazon.com, considered the most popular e-commerce website for the western audience. Both appear noticeably different in general formats, functions, and looks of the sites.

Meanwhile, western audience-oriented Amazon uses simple layout and minimal colours, with large pictures for each product category. Navigation is made simple with visible buttons and minimal uses of links and texts.

What we see here is a basic example of how UX design focuses on the human at the heart of interaction. It takes into account the preference of users from each region when it comes to a website’s overall layout, functionalities, content, aesthetic, and more.

Put simply; a website UX is the user experience of a website. When talking about a good UX design, it all comes down to making sure that your website users have the best possible experience when being on your web pages. Doing so means taking into consideration how a user feels, thinks, chooses, and interacts with your company’s website, services, or products.

Because a website UX design is essentially a human-centric design, it is important to understand who you are designing for. Differences in cultural background can shape or add dimensions into how a UX design works in one region, but might not work in others.

When it comes to Chinese vs European website UX design, the differences and similarities can be circled down to these five elements below.

Chinese websites, as seen above on TaoBao.com, often appear complex to western eyes. This is generally due to Chinese websites’ tendency to have more content and information condensed in one space. It also utilises very little white space; instead, it structures its content into small text-filled sections inviting users to inspect the entire page before deciding to click further.

Meanwhile, western websites seem to value simplicity and a sense of minimalism. It uses white space and large graphics deliberately to direct attention, while content is often structured into large partitions or blocks that allow users to scan through each category briskly.

These differences in content density might stem from several factors. Chinese users might be accustomed to complex content architecture because naturally, Chinese characters, with their complicated strokes and corresponding variations, look denser than Roman alphabets by default.

The fact that in Chinese’s society, space is seen as something precious might also contribute as to why white space is not deemed useful. Putting as much information as possible in one page might imply efficiency and credibility, instead of wasting usable spaces and risk appearing inferior.

Meanwhile, the ‘less is more’ notion has shaped much of the modern era in the western world. Minimalism began early in the 20th century western architecture and quickly moved to other arts and industries. Society’s preference for simplicity prevails, and it’s regarded as a way to see a more profound purpose or function without unnecessary distraction. In western UX, the deliberate use of white space is believed to allow users to focus on the messages conveyed.

Both Chinese and European websites seem to share a preference in placing the website’s primary navigation options at the top of the page. This is where both website users prefer to start their journey.

From a UX design perspective, Chinese users might be highly trained to parse a large amount of data due to the complexity of Chinese alphabets. There are over 50,000 Chinese characters, and the most complicated Chinese character has 43 strokes in it. It is perhaps why comprehensively structured navigation might be preferable for users in finding information and digesting it quickly.

European users, on the other hand, are used to linear languages that are written left to right. Primary navigation is often placed horizontally starting from the top left of the page, and then users are led to browse the content vertically from top to bottom.

While some neutral colours such as white and grey are universal in UX design, the colours they appear to be combined with can have a massive impact on a user’s perception.

In general, Chinese sites are more colourful and use a lively colour scheme more deliberately than their European counterparts. There’s a preference in Chinese website users towards warm colours such as bright orange, yellow, or red. For example, the top three local e-commerce companies in China — taobao.com, JD.com, and Suning.com — all use warm colours as the primary colours on their website and app. This preference might stem from how warm and bright colours are deemed as prestigious, bringing good fortune, vitality, and joy.

Meanwhile, European sites tend to gravitate towards cooler or darker hues such as blue, green, or black. For western users, these colours signify sophistication, professionalism, and trust.

Both Chinese and European sites apply hierarchies defined by typography to allow users to digest website content properly, regardless of the language. However, these hierarchies seem to be used in very different manners.

It is common to see Chinese websites, such as Taobao.com above, using the same font size throughout their pages. This is probably to allow users to digest the content more efficiently. As some of the Chinese characters can appear complex, making the fonts appear similar in size will make it easier – and faster – for users to scan the website. Instead, the website utilises different colours to differentiate between article titles, subtitles, or body of the texts.

European websites, on the other hand, tend to liberally use bold typefaces, often in big and fancy fonts. For long, typefaces have been used in promotional material and advertising in western society. Bold and fancy typefaces are commonly used to attract attention, which is why this typography style feels more familiar for typical western users.

Interestingly, this browsing behaviour is often found in countries with a slower internet connection. In digesting content, users would read content while simultaneously clicking on multiple links that open in new tabs, with the expectation of reading more of the page’s content whilst waiting for the other to load.

Understanding which UX design suits your customers best is absolutely crucial to your business success. Proper UX design guides your website users in their customer journey towards their desired results, providing them with a good experience on your website, and eventually increasing the chance of conversions.

Knowing your userbase is essential, understanding their behaviours is vital, and adapting these factors into a seamless website UX design is an art of its own. If you need help in achieving that, our team is here to help. 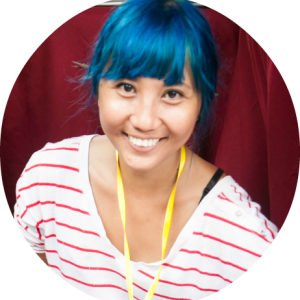 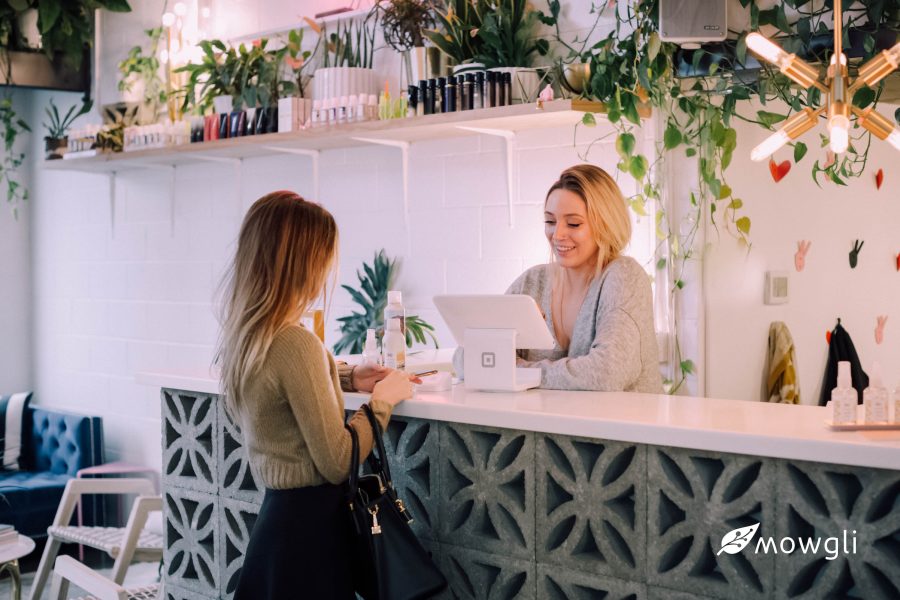 Customer retention strategies that work to earn loyalty in 2022 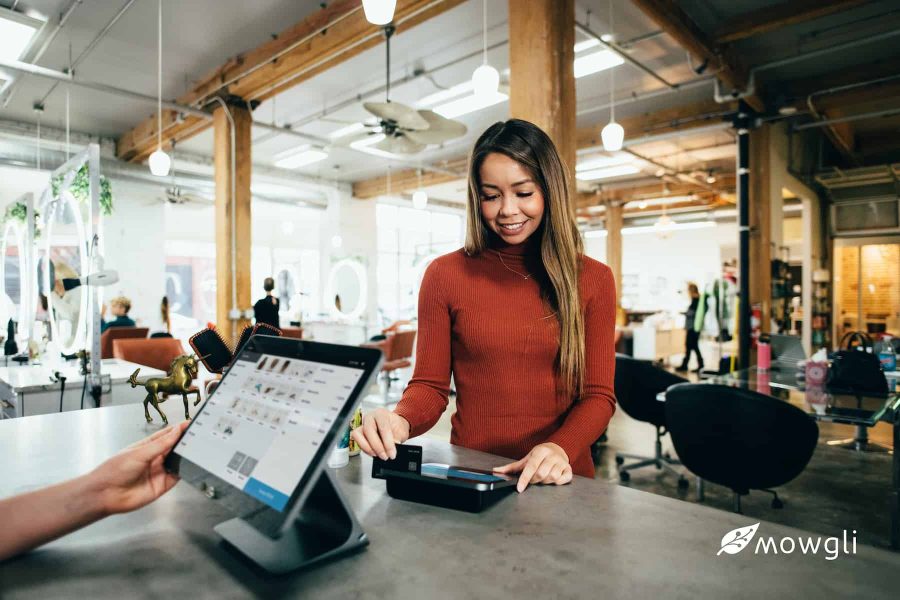 Customer loyalty: how to build an emotional relationship with your customer. 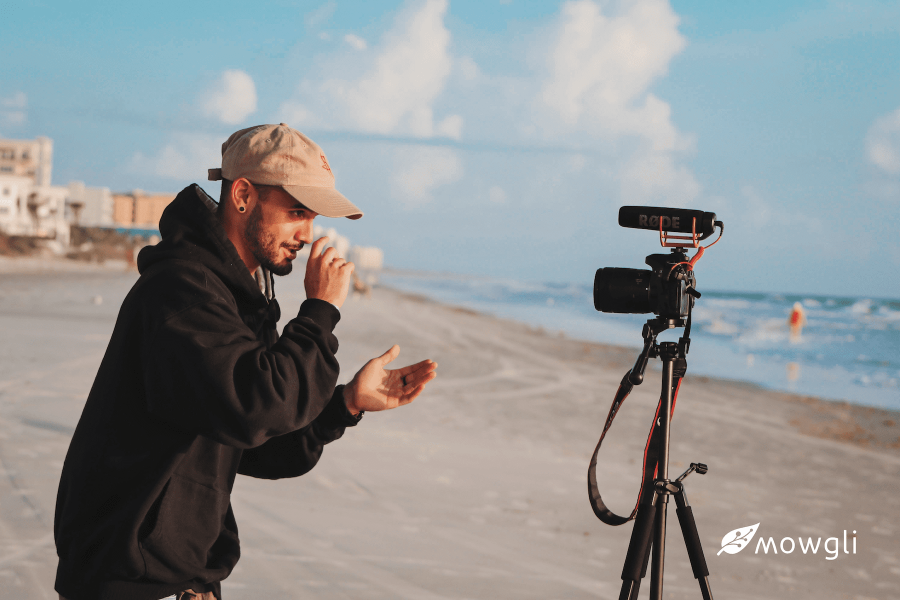 User-generated content is going to be huge for 2022
What's Mowgli?