Inspiring B2B marketing campaigns: 5 companies that dared to be different

How to create inspiring B2B marketing campaigns? In the last few years, B2B marketing challenges have significantly evolved. In the digital age, online marketing is accessible to everyone, it is therefore essential to focus on standing out and earning the trust of your customers to remain competitive.

Nonetheless, when designing business-to-business marketing campaigns, marketers tend to stick to a traditional approach where they demonstrate key benefits, tackle customer pain points, and show how their product or service will drive significant return on investment.

Don’t get us wrong, it’s still essential to address these points in your messaging framework. However, chances are your main competitors came up with the same ideas. Few companies invest effort in looking more human and tend to be shy on using original and creative mediums to get the message across. But when they do, it can drive incredible value.

In this article, we unveil 5 examples of winning marketing campaigns and key takeaways from B2B companies that dared to be different.

How to make your B2B marketing campaigns stand out?

When it comes to addressing a company, we tend to forget that decision makers are humans with feelings and emotions. People don’t turn into robots the moment they start working for a business.

In consumer marketing, it’s been admitted for a long time that purchasing decisions are somehow driven by emotions. B2C marketing campaigns strategies work toward building brand personality and connecting with their audience on a deeper level.

Needless to say, in B2B buying triggers are more rational and logic driven as they come with the expectation of adding value to the business. However, behaviors are changing and so should your approach to marketing products and services to companies.
In most companies, buyers are now millennials – adults between the ages of 22 and 38 years – that grew with technology and are more sceptical of business intentions. They have access to more and higher quality information than never before. Online reviews, peer to peer recommendation, and social proof are becoming increasingly important, along with company ethics and societal impact, as shown in Deloitte’s Millennial survey.

The emotions and humanity of a brand also come into play when dealing with corporate content and campaigns. Your communication strategy should not only focus on product attributes but also on building a brand personality that resonates with your audience on a deeper level.

In a market oversaturated by ads, communication that doesn’t make a memorable impression will quickly get lost in the shuffle. To build a successful marketing strategy, your campaigns have to be creative, talk to emotions, and humanize your brand.

On the eve of international Women’s day, a bronze statue of a young girl appears in New York’s financial district. High chin, hands on hips, the “Fearless girl” stands defiantly in front of Wall Street symbol of corporate America: the massive Charging Bull.

Along with the statue, the advertising agency McCann created the #FearlessGirl, inviting people to join the fight for gender equality by sharing pictures of the sculpture on social media.

The results are immediate and spectacular: in less than 24 hours Fearless Girl earns over one billion twitter impressions and hundreds of thousands Instagram posts. Within a week, SSGA’s share of voice increased by 379% and other large asset management companies publicly committed to advocate for gender equity.

Initially appointed with a one week permit, thousands of people signed online petitions to make Fearless Girl a permanent installation.

This award winning marketing campaign went above and beyond expectations. It became a global phenomenon generating a huge amount of media attention and bringing to light the efforts of SSGA for women empowerment.

Its success resides in a very clever choice of place – facing the Charging Bull , the right time  and the right figure – a powerful and picturesque piece of art, to convey a strong message.

One of the most overlooked online marketing strategies in 2020 is employee advocacy. This phenomenon happens when employees use their personal social media accounts to promote company content.

Microsoft is a great example of mastering the art of employee advocacy and deploys great efforts to promote a social media culture within the organization.

The company has created separate accounts named “Life at Microsoft” on major platforms such as Facebook, Instagram and LinkedIn. These accounts, along with the #PeopleOfMicrosoft, are used to highlight corporate achievements, share stories about the teams and show employees outside the workspace. They also hold Facebook live events where employees share their experience and answer questions of candidates applying for a job.

This multi level approach to corporate branding is used to showcast company culture, attract new talents, and achieve a higher level of authenticity by turning people who work in the organization into brand ambassadors.

When shared by an individual, the same corporate content reads more as a friendly recommendation than a piece of marketing material. Not only is this strategy an effective way to increase your organic reach, but it will also help you achieve a higher level of authenticity by showing the humans behind the brands.

Featuring employees on social media is also a clever way to show recognition and motivate your workforce.

The key to achieve employee advocacy is creating content that is relevant to your employees and make it easy for them to share it. Don’t hesitate to create guidelines, good practices and reward the best ambassadors.

A few years after passing on acquiring Slack, a fast growing business messaging system for businesses, Microsoft announced the release of Teams, a new tool integrated to the Office 365 suite.

Teams sounds a lot like Slack: a ‘chat based workspace’ putting the emphasis on casual communication and productive collaboration. This new tool is clearly a direct competitor to Slack and could certainly put the young company out of business.

Just hours before the official launch of Teams at an event, Slack published a full page ad in the New York Times to address its competitor. In this open letter titled “Dear Microsoft,” Slack sarcastically congratulates its new rival for making it into the messaging market and offers “friendly advice” to the newcomer.

The letter opens on a mocking: “Wow. Big news! Congratulations on today’s announcements. We’re genuinely excited to have some competition,” welcoming the software giant in the collaboration realm. It then detailed three big challenges of communication and explained what Microsoft would have to do to succeed in the market.

With statements such as “You’re not going to create something people really love by making a big list of Slack’s features and simply checking those boxes” or “We’re sure you’re going to come up with a couple of new ideas on your own too“, the letter reads as arrogant and passive agressive.

If you would like to read the full letter, it is still available on Slack’s blog.

Releasing this ad on the day of the Microsoft Teams event and in such a popular newspaper are definitely smart decisions to draw attention to the letter.

Unfortunately, two tactical mistakes affect the positive impact of this campaign. First, the condescending tone employed makes us interpret the letter as a sign of fear. It reveals how threatened Slack felt by the launch of Teams. Second, this publication draws attention to Microsoft and may eventually work in the competitor’s favour.

Marc Benioff, CEO and founder of Salesforce.com, is well known in the industry for his guerilla marketing campaigns tactics. To acquire the first customers for Salesforce.com, Benioff decided to turn his competitor’s PR event into promotion for his own software.

Siebel Systems (now known as Oracle) was holding a massive conference to promote their company to top sales executives and CEOs from organizations around the world. On the day of the event, Benioff hired 25 actors and organized a fake protest right in front of San Francisco Moscone center where the conference was held.

The fake protesters waved posters saying “No Software” and shouting the slogan “The Internet is really neat … Software is obsolete!”, suggesting that it was time for companies to ditch locally hosted software and embrace cloud-based services such as Salesforce.com. To make the operation even more plausible, a fake TV crew was hired to cover “The End of Software movement” and interview the protesters.

As a response, Siebel placed semi-trucks in front of the conference to block the protesters and called the police, eventually drawing even more attention to the demonstration. Medias from the New York Times to Wall Street Journal covered the story, earning Salesforce.com massive press impressions. As a result, hundreds of organizations signed up to Salesforce.com within the next two weeks.

In the early stage of a company, it can be difficult to pull focus to your brand when competing with established giants. At the time, Salesforce was called the “ant at the picnic” and it certainly drew attention to its solution with this bold move.

We agree this operation can sound controversial but it was executed with humor. Don’t be afraid to use disruptive marketing strategies and think unconventionally. In this case, Salesforce did a great job at identifying where their ideal target customers are and making sure they hear about their product.

Research showed IBM was losing trust from developers and was falling behind competition on perceived innovation and technical prowess. To reconnect with the public and restore its reputation, the IT company launched Code and Response, a global initiative inviting developers to create solutions to tackle societal issues from natural disasters to COVID-19.

Every year since 2018, they organize the biggest hackathon in the world where coders compete to help communities in need using open source technologies such as artificial intelligence, Internet of Things or predictive analysis. In 2019, more than 100,000 developers from 156 countries answered the call.

To promote the initiative, IBM used social media to share developers personal stories and worked with influencers in the IT space. Part of the marketing campaign is also a cinema-worthy 73 minutes documentary featuring the participants of the hackathon. The film was awarded by The Webby Awards to the Association of National Advertisers (ANA) and reached millions of people on World Humanitarian Day. Consequently, the IBM platform grew from 700,000 to over two million coders.

IBM understood the new generation of developers cares about making the world a better place and presented them with a problem they genuinely cared to solve. With this initiative, they turn developers into modern heroes making them feel recognized and important.

Using an emotionally charged video with powerful imagery helped increase the reach of this campaign with 1.1 billion engagements. IBM succeeded in repositioning themselves as a modern and relevant organization with a strong social impact.

Unleash the power of storytelling in your next B2B marketing campaigns

Hopefully these examples of B2B strategies have inspired you to bring more creativity into your next marketing campaign. Feel free to contact us if you need assistance with creating content that will set yourself apart from the competition. 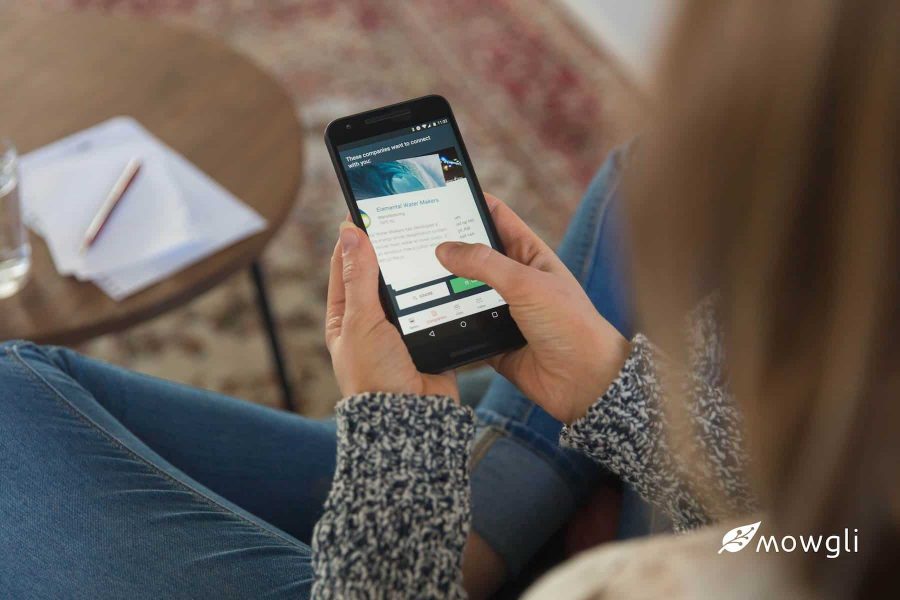 B2B products and services: a glimpse into the market of the future 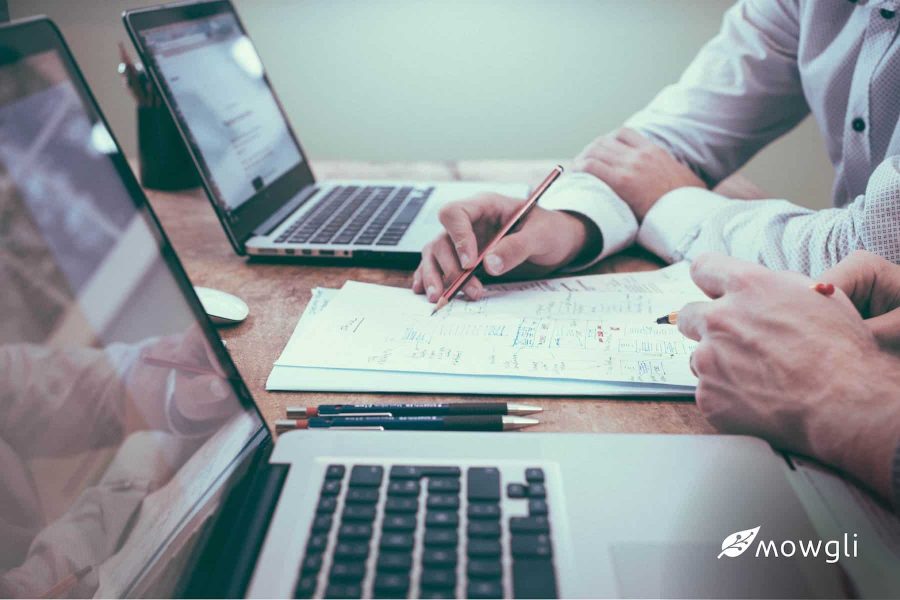 Mapping B2B business models: which one is right for you? 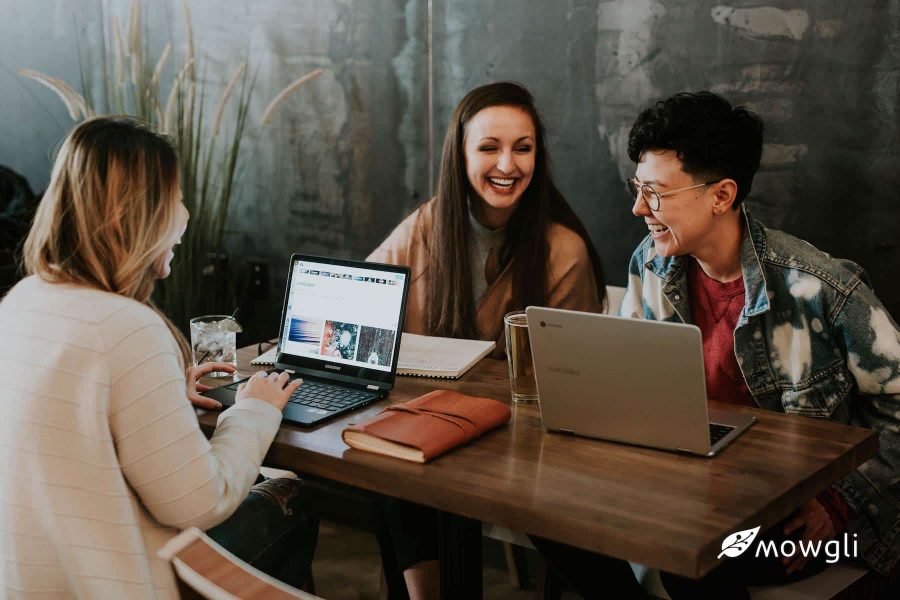