Google is going mobile: all you need to know about mobile-first index

Did you know that website’s that are designed for mobiles first are performing better in Google’s algorithm? That’s correct! Google sees ‘smartphone-friendly’ websites as more important. What are the best practices to implement when you want to look into creating a mobile-friendly website? Read further for more information.

An increasing number of marketing experts are talking about “Google mobile-first index” when referring to the way Google’s algorithm ranks websites in the search engine results. But what does this mean?

Since the beginning of 2018, Google has implemented an indexing method known as “mobile-first.” This does not mean that a different index exists for mobile websites, but rather that Google uses the mobile version of a webpage as the reference for indexing.

Sites that are optimized for navigation on smartphones are favored by the algorithm and, therefore, will gain higher positions in the search engine’s results. Since the introduction of this new indexing system, designing websites that are responsive and clearly readable on all devices has been crucial for online businesses to gain exposure on search engines. This has become even more important in 2021, when Google announced new changes in their indexing system.

In this article, we will look at the most recent changes in Google’s mobile-first index and the recommended practices to implement in the near future in order to avoid being penalized by the algorithm.

Google mobile only, zero desktop content: what does it mean?

Google mobile-first index has been further strengthened this year, giving more importance than ever to “smartphone-friendly” sites. Already in 2020, the majority of existing websites were indexed based on their mobile version. In March 2021, Google’s Senior Webmaster Trends Analyst John Mueller announced that pages without a mobile version entirely will be completely excluded from the index.

In short, desktop-only sites will start to disappear from the search engine results, although the requirements for a website to be mobile-friendly do not seem to be too strict. Google’s mobile-first index does not necessarily take usability into account when analyzing web pages.

As Mueller explains, “A site can or cannot be usable from a mobile point of view, but it can still contain all of the content that we need for mobile-first indexing. An extreme example, if you take something like a PDF file, then on mobile that would be terrible to navigate. The links will be hard to click, the text will be hard to read. But all of the text is still there, and we could perfectly index that with mobile-first indexing.”

What makes a website “non-indexable” then? In short, Google’s new algorithm will disregard any content that does not appear on a mobile version, excluding every element that is visible only from desktop.

Google’s Search Central provides a series of guidelines to address a website’s potential issues, which could prevent pages from being indexed if they are not fixed. Let’s take a look at the key elements of a mobile-friendly website, according to Google.

Not all versions of a website show the same content at the same time on different devices. Lazy loading, for example, allows web pages to load faster by initially loading only part of the content. For instance, when a user accesses a blog with lazy loading, only the first few posts will appear, while the rest will remain hidden until the user scrolls or clicks “load more.”

There are ways to avoid hiding blocked content, while keeping lazy loading – a useful UX practice – functioning. Technical guidelines on how to correctly implement lazy loading can be found on Google’s documentation.

The same content and tags on desktop and mobile

Visible content is only part of the content present on a web page. It’s important that hidden  elements of a website are also accessible by Google’s bot to be indexed. This means text, images, videos but also tags and metatags.

The primary content of your website – in other words, the content you’d like to be indexed – should be the same on both mobile and desktop versions, as only the content on the mobile version will be considered by Google’s bot. This includes HTML tags such as titles, image descriptions and content blocks, which are not visible to the user but are scanned by the bot.

When explaining the implication of this shift, Google has said that websites showing different content on different devices are likely to see a drop in traffic in the near future, since Google’s bot will only be able to see part of the content.

Google’s bot doesn’t only analyse text, it also checks on the images and videos published on your website. The quality of images on a webpage is also an important aspect of Google’s mobile-first indexing system. If you publish low-quality images on the mobile version of your website for faster loading speeds you might be penalised. It is essential that all versions of a site feature pictures with optimal resolution, which are clearly visible by all users.

The alt attributes should also be taken into account. The “alt” attribute is added to the “img” tag to describe an image and show a piece of text in case the image cannot load. This is an important piece of information for Google’s bot and it should be relevant to the image shown. A picture of a forest, for instance, should contain an alt attribute on the line of “A pine forest near Rome, Italy” to be clearly identifiable.

The videos position on your website should also be taken seriously. If your goal is to index a specific video published on a webpage, it should be placed on the higher part of your website. While this is relatively simple to do on a bigger desktop screen, but on mobile the screen size is limited and has to be accounted forin the design process. If the bot finds an advertising banner in the top section of a webpage, for example, a video might be pushed down and the algorithm might not deem the page useful for visitors, not allowing it to rank on the search engine.

The percentage of people navigating the web from a smartphone has grown consistently in recent years. In 2020 alone, the number of unique mobile internet users surpassed 4 billion, meaning that more than 90% of internet users surf the web with a mobile device.

Today most searches are done via smartphone and Google has implemented a series of changes in its indexing system that reward websites who cater for mobile users – which are now the majority. Optimizing your web content for all devices has become an essential part of a marketing strategy, especially for online businesses that aim to reach their audience through SEO.

Need help in redesigning your website to follow Google’s mobile-first index guidelines or develop an SEO strategy? Our team of web designers is here to help. Get in touch today to find out what we can do for you! 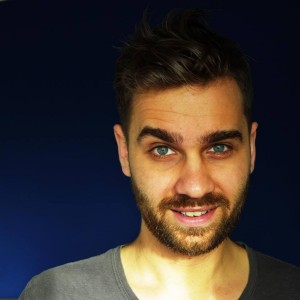 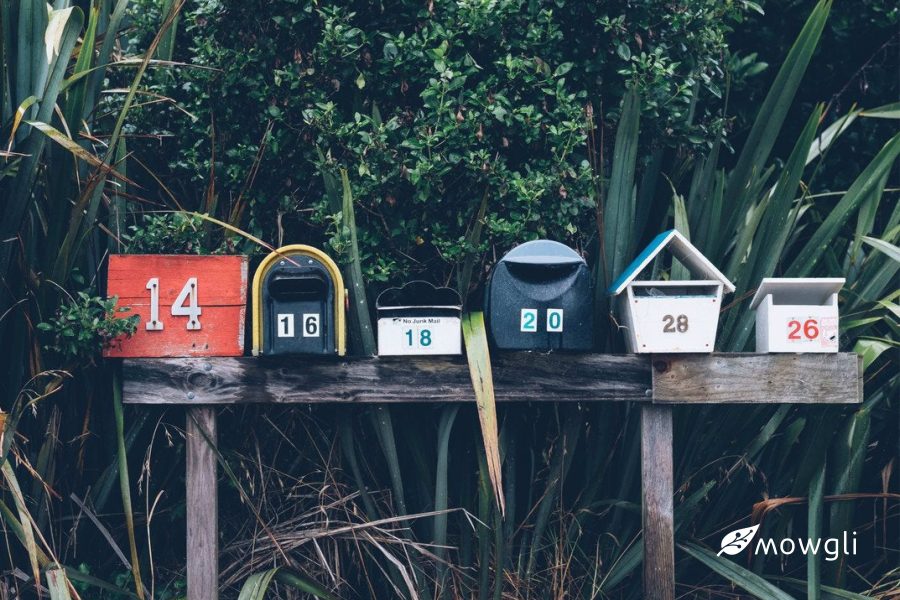 B2B website: how to manage your contacts and generate more marketing leads 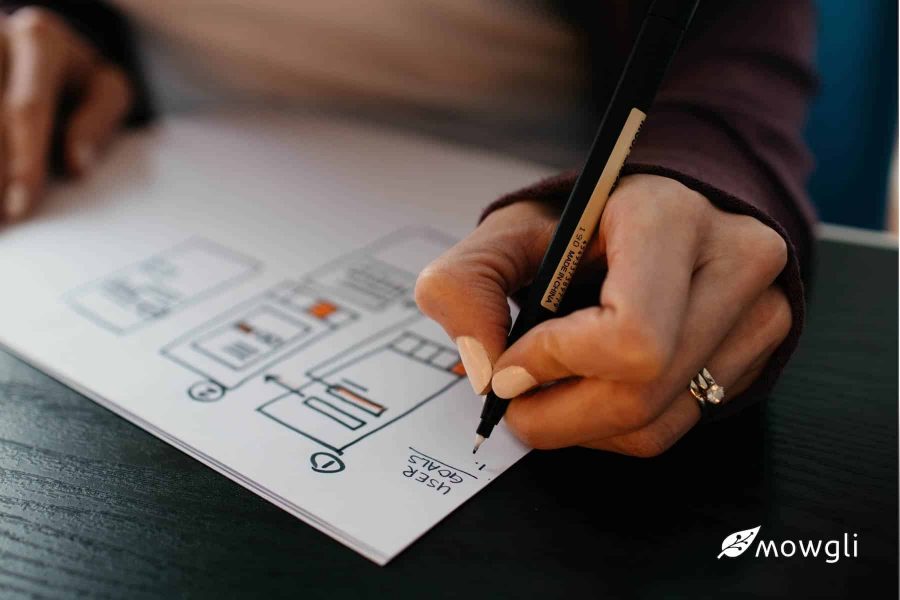 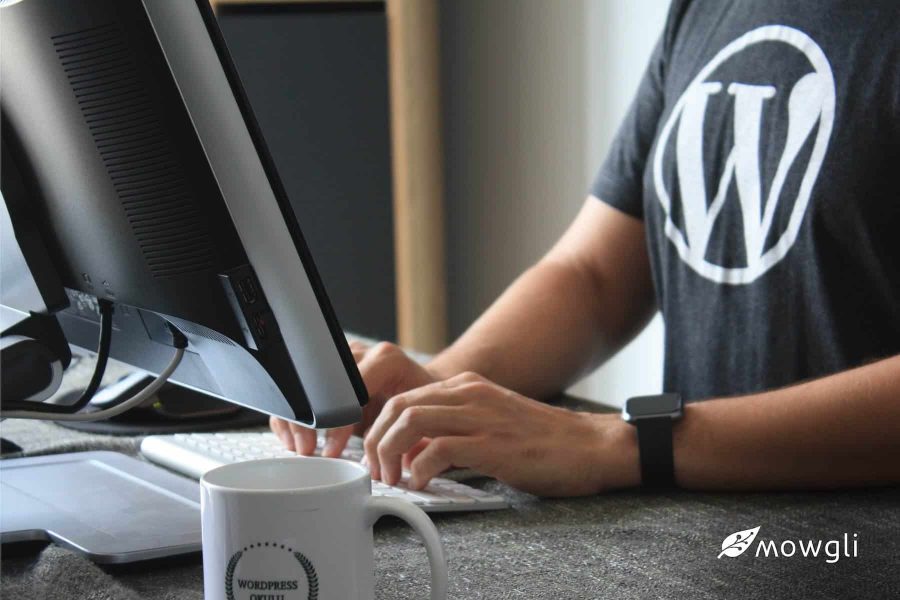